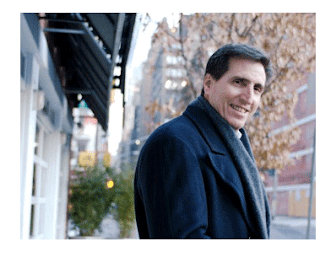 I Will Defend My Mother’s Purity!
by Carl Matthes posted on Wednesday, 19 May 2010
(Pholo: Michael Mahoney, Hat Head Studios)

The letter headlined “I Will Defend My Mother’s Purity!” in large, all-red caps arrived the day after Mother’s Day. Inside, was a fundraising letter from America Needs Fatima (ANF). Their appeal? Send some money to save the reputation of Mary, Mother of God, from a “terrible attack!” (For Catholics, Our Lady of Fatima is a title given to the Blessed Virgin Mary.)

It turns out that the good folks at ANF have drawn battle lines around The City Theatre (TCT) in Austin, Texas (seating capacity 80). Why the battle? TCT is mounting a production of Paul Rudnick’s 1999 play “ The Most Fabulous Story Ever Told!,” a long-running Broadway hit. “Fabulous,” by openly gay playwright Rudnick, contains updated Biblical stories where “…instead of Adam and Eve, our lead characters are Adam and Steve, and Jane and Mabel, a lesbian couple with whom they decide to start civilization.” And, even more upsetting for Robert E. Reich, Executive Director of ANF, is Rudnick’s own description of his play, “I wanted the Garden of Eden in Central Park, and Mary as a lesbian mother, which would certainly help me comprehend immaculate conception.”

Mr. Reich’s appeal also discloses that the play shows Adam and Steve in “full frontal nudity!” (Perhaps Mr. Reich is unaware that some refer to Austin as being the San Francisco of Texas!)