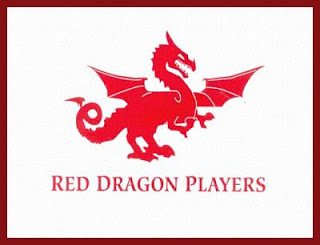 The University Interscholastic League competition in one-act plays last weekend completely filled Bass Concert Hall twice over -- and that was only for the eight productions selected from among Texas' largest high schools (AAAAA division). I attended the 7:30 seating, which featured the Red Dragons' Reckless, a cheerfully quirky piece in which Haleigh Holt as Rachel faced wild catastrophes, one after one, with the aplomb of the Little Engine That Could.

The Dragons' piece was a charmer but faced stiff competition from others on the bill, including a rousing, well-choreographed Canadian piece on a successful labor strike, presumably in the 1930s, and an exceptionally effective and mature presentation of Arthur Miller's 1955 one-act play A View from the Bridge, a meditation about immigration and family that involved illegals from Italy, not from Mexico.

By the way, Austin's Mark Pickell of Capital T Theatre was the judge for the productions by small high schools (A division).

It was a full evening, starting at 7:30 and winding up near 11 o'clock. I slipped away while the legions filling the concert hall were waiting for the judge's results. Fortunately, Robert Faires has just published some partials today in the Austin Chronicle:

• Austin High School's Red Dragon Players faced stiff competition in their bid to win back-to-back state championships in the 5A category of the University Interscholastic League State One-Act Play contest May 8 at Bass Concert Hall. Their production of the Craig Lucas comedy Reckless was well-received, but in the end, Keller High School took home the title for its production of Richard III, fueled by a powerful lead performance that earned Bret Finholt the Best Actor award and the Samuel French Award. That's not to say Austin High went home unrecognized: Haleigh Holt was named to the state All-Star Cast for her performance as Rachel and Derek Dorman was named to the state Honorable Mention All-Star Cast for his performance as Lloyd.