End of the Road for the Austin Live Theatre Blog This post at www.austinlivetheatre.blogspot.com is #5247 in a series that started in June, 2008.   It's the last one that will appear. 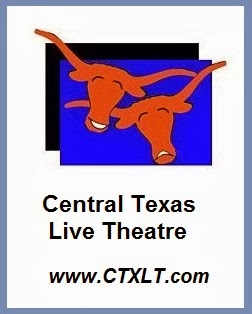 Austin Live Theatre began here at www.blogspot.com.  I kept this blog alive even after my family gave me the Christmas present of a .com website for my theatre musings, principally because Blogspot's connection to Google promised enhanced web visibility.  Starting sometime in 2010, I put everything up at the blog, including all those inside pages at AustinLiveTheatre.com that I was creating whenever I got word of another live theatre production in the greater Austin area.

In late 2012 I extended the sites' coverage to San Antonio and nearby towns.  I found I'd bitten off more than I could comfortably chew.  With much more information to gather and process, creating a new page for every production became more tedious and time consuming.

I decided last October that I would instead simply link theatre companies' websites and Facebook postings to the listings in the Central Texas theatre calendar. Since that time the content of this blog has been essentially the same as that of AustinLiveTheatre.com.

At about the same time the firm that hosts my site began admonishing me to upgrade my content management software, still in its 2009 version.  Since late November I've been operating a 'beta' site with up-to-date software and security at www.CTXLT.com.  It still needs some fixing, polishing and improved formatting, but as of today that site is the principal -- and only -- location for this ongoing coverage of theatre art in Central Texas.  My various URLs all now redirect to www.CTXLT.com.

I greatly appreciative those who've followed this blog, especially the 28 who subscribed to to it.  I invite you to use the RSS feed for the new site. Here it is:

One of the principal lessons I've learned over the past 5½ years is that theatre is about community.

That's not true of big media.  Films are not community; Broadway touring shows are not community.  A live theatre production in your own town is an event that enhances empathy, concern, and a sense of belonging, whether you're a theatre artist, a technician or an audience member.

I concluded some time ago that my original goal of increasing the audiences for live theatre was quixotic.  This undertaking is unlikely to move those who don't already know live theatre very far off their couches or out of their bars.

Instead, with Austin Live Theatre and its successor Central Texas Live Theatre (CTXLT) I aim to inform artists and potential artists, to provide informed commentary, and to help bridge the distances between the many theatre communities active across the region.

After all, knowing more about one another reminds us of what we have in common.  That includes not only the art form itself but also the shared emotions and human concerns that give theatre its relevance and vitality.


The question one could ask is why a brand-new theatre company would challenge a play as complex and difficult as Sam Shepard’s True West for its premier production. And the question contains the answer—because it is a challenge, and all who see it can measure the company’s skill in their upward progress climbing the monument. That's the first reason to shout “Bravo!” at this show, one of the few.

Weird Rodeo wisely short-circuits some of the difficulties by assembling a highly talented cast and crew. The first stand-out is David Boss as Lee. He is superbly costumed and styled by Lindsay McKenna for his role, and he's an actor who has shown us he can easily learn and spout thousands of lines while physically stomping through any number of flaming sets. His role clearly drives the dialogues and action of the play, and Boss is easily capable of doing this in True West. But here is a note for director Jerry Fugit: Boss and all the actors need clear pause points for reactions and heightened intensity. Boss can fire daggers and poniards from his eyes, but he needs a few more opportunities in this play to do so. It’s not all machine-gun mouth and phone cords. The weaponry metaphors are apt.

Bob Jones as the movie producer Saul Kimmer matches his subtlety to Boss’s power. Lee addresses Saul with the predatory look of a coyote eyeing a rabbit. But Saul’s instincts are those of a rattlesnake, not a rabbit, and he correctly sees the brothers Austin (Chris Hejl) and Lee for who and what they are. Saul slithers through the story with complete control, a fact we notice only later. Bob Jones does excellent work, making his reactions and taking his silences as needed to flesh out his character.

The story of True West is well known: after years of separation family members come back together with the intensity of hypergolic solid rocket fuel, a trope perhaps invented by Sam Shepard. The biblical Prodigal Son parable it ain’t. The father is absent, said by Saul to be “destitute” which the entire audience takes to mean “insane.” Dad fled to the Desert, and here we see the first layerings of meaning on Shepard’s conception of Desert. The meanings Shepard gives it are largely chthonic, steeped in desolation and darkness. Mom (Bobbie Oliver) is in the Far North touring Alaska, a desert of another sort. The criminal but romantic seeker Lee sees the Desert as a refuge from authority and control, while Austin, educated and tame, fears it. Between scenes coyote voices on the soundtrack howl songs of death.

The Desert underlies the more surficial titular theme of the West. And here's where Weird Rodeo succeeds in the task it set for itself. We see clearly the distinction between brother Austin’s real West (freeways, palm trees and golf courses) and Lee’s unstated but described True West. All is made plain by Lee’s verbal homage to Kirk Douglas as the last cowboy on earth in the movie Lonely Are the Brave. Lee would have given his life to have worked in that film in any capacity, but Austin, the Ivy League screenwriter, has never seen the movie. The production ultimately accomplishes its theatrical and literary goals by making the West distinctions clear and dealing with their implications.

Say Sí is currently accepting submissions for its 4th Annual Young Playwright's Festival, Wings to Fly. The ALAS Youth Theatre Company will select and produce and evening of short plays written by emerging young writers from the San Antonio area. The selected scripts will culminate into a weekend-long festival where local audiences will enjoy a diverse collection of new works written by San Antonio's next generation of playwrights.

High school students and young adults have a chance to get their new and original script produced by Say Sí's ALAS Youth Theatre Company. San Antonio is full of talented young playwrights, and ALAS wants to take their work from the notebook to the stage!

Qualifications: Scripts must be suitable for all audiences. There is no restriction on subject matter or style. Scripts must be written by individuals or groups ages 21 and under. The script can be submitted by the playwright themselves, a parent/guardian or a teacher. The selected scripts will be fully produced at Say Sí's Black Box Theatre on April 4-6, 2014.

Please attach a cover sheet with your contact information. If you have questions please contact Joy Jimenez at 210.212.8666 -- joy@saysi.org

Posted by Michael at 1:26 PM No comments:

Present Company Theatre is pleased to announce the maiden voyage of our new Subterranean Series--immersive & unique theatrical experiences in unexpected locations…
Join us this Valentine's day at The Historic Victory Grill for a one-of-a-kind-fierce-and-flawless-(sort of)-one-night-only event: AIN'T LOVE A DRAG!

Julia Cho's The Language Archive is a gently sentimental tale built inside a concept, similar to the way nesting birds inhabit a hedge. The theme is the failure of communication, and the metaphor is a collection of recordings and documents describing extinct languages curated by George, a fussy, white-coated linguist who's tongue-tied when it comes to expressing any sentiment.

Cho writes her characters as variations on that theme. The gulf between George and his wife Mary is so unbridgeable that Mary tucks cryptic notes into his belongings and denies having done so. George babbles frantically of what's on his heart -- but he addresses the audience instead of Mary. Alta and Resten are the last speakers of an obscure, apparently Central European language, but they're constantly furious with one another and refuse to use that language of intimacy, to the dismay of George the archivist. George's assistant of five years, Emma, loves him beyond reason but also, unfortunately, beyond telling. Esperanto, the completely artificial world language, turns up repeatedly, principally because of its perpetual failure to flourish.


There's a lot of quiet desperation here, confirming the conventional wisdom that effective comedy is really built on pain. How glad we all are -- playwright, actors and audience -- that by the very action of participating in this evening's performance, we're confirming our own attachment to communicating and to receiving the messages of this story.

Comedy there is, too. Different stages regulars Jennifer Underwood and Norman Blumensaadt as the feisty, querelous and mutually scornful old couple in tribal dress get off one zinger after another, both verbal and mimetic. Their vivid tussles are all the more amusing for those who know that Blumensaadt the company founder has often directed Underwood in her leading roles. Each time she's eloquent and expressive, but her grumpy, silent fury and glowering in this piece remind us that she's a knockabout comedienne, as well.

Auditions in Wimberley for Come Back to the Five and Dime, Jimmy Dean, Jimmy Dean, by Ed Graczyk, February 6, 8 and 9, 2014

The Wimberley Players are holding auditions for "Come Back to the 5 & Dime, Jimmy Dean, Jimmy Dean", a comedy-drama by Ed Graczyk, produced by special arrangement with Samuel French, Inc.

"Come Back..." takes place in 1975 as a group of women, quirky high school friends, who honor their promise to reunite 20 years after the death of their idol, Jimmy Dean in their hometown of McCarthy, Texas, a dustbowl remnant of days gone by. Their reunion reveals not only the depth of their friendships, but reveals the secrets they have guarded and built their lives around. Funny, intimate, dramatic... a great show for audiences and the ensemble cast of five women, ages 35-40 years.


Auditions will be scene readings from the play at these date/time/locations:

February 9th, Sunday from 7-9PM, at the Wimberley Playhouse


You are invited and encouraged to attend!