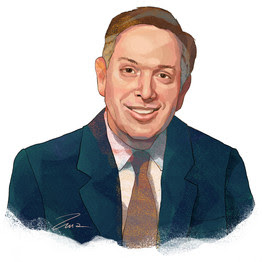 Through its new website www.artsincrisis.org the Center invites e-mail inquiries and requests and undertakes to provide written replies or to match non-profits with qualified mentors.

Kaiser's career has been built on arts turnarounds, and he published a 183-page guide, The Art of the Turnaround: Creating and Maintaining Healthy Arts Organizations (2008: Brandeis University Press). In an interview published February 19 in the Wall Street Journal, Kaiser commented on the scope of the initiative:

"It'll differ by organization," he says. "Some just have questions -- 'How do I talk to my board about planning?' 'How do I recoup ticket sales for this particular performance?' That's really just a simple conversation between them and my development staff."

Others have more complicated troubles -- "the kind you can't answer in a simple phone call," he says. On-site visits may be necessary.

The initiative is a natural outgrowth of arts management education that the Kennedy Center has been offering in the eight years since Mr. Kaiser's arrival. It's also fundamentally driven by a passion to end a self-defeating phenomenon he has witnessed throughout his career.

"When there are economic challenges, the first things that staffs and boards cut are programming and marketing, and that's the worst thing you can do," he says. "You're guaranteeing yourself you'll have less revenue next year, and that's how sick organizations get really sick. That's why I'm so nervous right now and why I'm doing this."

Within 24 hours of the February 3 announcement of the program, the Kennedy Center had received 110 e-mailed pleas from 31 states, and even one from Iceland.

Arts philanthropists provided $500,000 to support the program. Replies and counseling will come from Kennedy Center staff and from volunteer mentors across the country.

Washington Post article of February 3: "he center's president said he is not as concerned about smaller organizations -- which are used to dealing with difficult situations -- as he is about groups that are misdirecting efforts at downsizing. "I'm worried that people are cutting the wrong things first, and that makes it much harder to compete for funding," he said. "Those who cut the programming first wouldn't look as attractive to the funders."