Published at the Austin Chronicle:

A well-earned rest for Queen Latifah 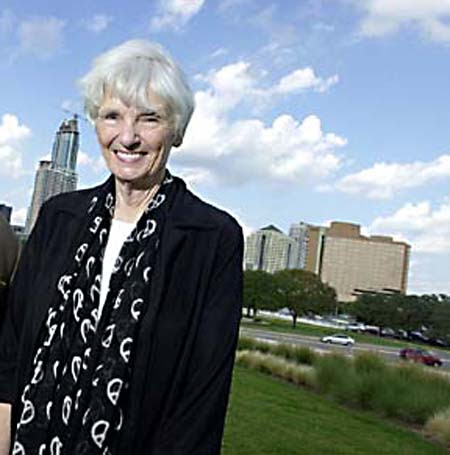 Latifah Taormina answered the ad thinking the post she was applying for would be "a nice part-time job and a good way to get connected to the local theatre community." She was certainly right on the second score, but as for the first? Well, running the former Austin Circle of Theaters wasn't anywhere close to being just part-time work. Ever since the night in September 2000 when she was introduced at ACoT's B. Iden Payne Awards ceremony as the arts umbrella's new executive director, the job has pretty much consumed her life. Taormina has given herself over to countless phone calls, emails, grant applications, committee meetings, commission meetings, board meetings, task force meetings, planning sessions, conferences, workshops, and awards ceremonies – whatever it took to help better serve Austin's arts community. But after 10½ years, Taormina is about to get her life back. As of April 30, she's retiring as head of the Austin Creative Alliance, the organization that, under Taormina's stewardship, grew out of ACoT.