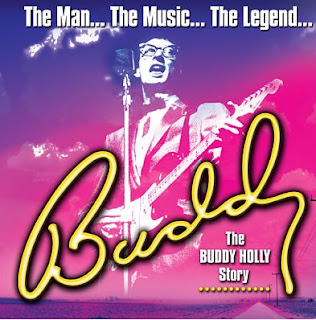 
On February 3rd, 1959, the man who changed the face of popular music tragically died in a plane crash aged 22. Now, Buddy – The Buddy Holly Story tells the story of the three years in which he became the world’s top recording artist with a show that features over 20 of Buddy Holly’s greatest hits including “Peggy Sue”, “That’ll Be The Day”, “Oh Boy”, “Not Fade Away”, “Everyday”, “Rave On”, “Maybe Baby”, “Raining In My Heart”, Ritchie Valens’ “La Bamba”, and the Big Bopper’s “Chantilly Lace”. Over 20 million people have come to see Buddy all across the globe where the magical talents of Charles Hardin ‘Buddy’ Holly have been shared live with many more people than the real Buddy Holly ever had the chance to perform to. The incredible legacy of the young man with glasses, whose musical career spanned an all-too-brief period during the golden days of rock ‘n’ roll, continues to live on in Buddy.

For Additional information go to: www.jonathanpenningtonstudios.com
Additional Website for the Show: cameocenter.com