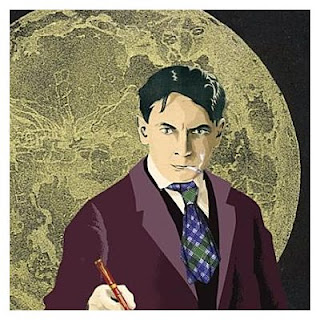 UPDATE: from interview of director Dustin Wills, published by UT June 13 at the alumni profiles section:

A. The show I'm working on right now is called Black Snow. It's adapted by Keith Reddin and it's based on a theatrical novel by Mikhail Bulgakov who was a writer at the Moscow Art Theatre during the Stanislavski era. I really liked it I think because this is going to be the first play I've ever directed that I didn't write or have a hand in writing or was able to work with a new writer to be able to rewrite. I cannot cut it, cannot change genders – so this feels more new to me than anything right now.

Sergei Maxudov, a proofreader for the Shipping Gazette, has written an awful palimpsest of a novel, entitled Black Snow, and decides to hang himself on account, that is until a strange visitor pounds on his door and offers to publish it. This is Sergei’s introduction to the outrageous world of publishing and from there, to the downward spiral of adapting one’s work for the stage.

Nine actors portray 54 characters, the often absurd, sometimes vicious employees of the famed Moscow Art Theatre, each poised to cut, slice, rip, edit, mutilate, and otherwise butcher his script in this tour-de-force performed at breakneck speed. See for yourself how hard it really is to develop a new play as Mikhail Bulgakov’s Black Snow savages the theatrical world of post-revolutionary Russia.