Upcoming: Henry V, a one-man presentation by Robert Faires, Red Then Productions at the Off Center, July 2 - 25 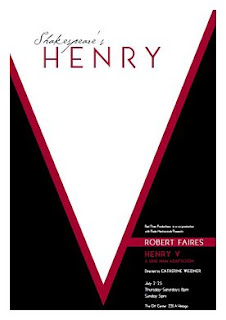 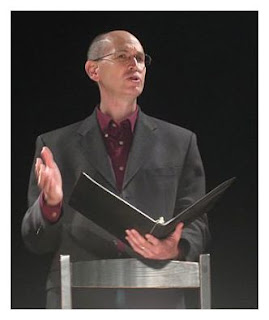 Henry V is the culmination of an 18 year-old dream first conceived by Faires in 1991. Using Shakespeare’s instruction to the audience to use their imaginations to conjure the play’s royal courts, horses, armies, and battlefields, Faires reconceived the drama for a solo performer playing 13 characters. Over the course of 75 minutes, with only a few household props, he leads the audience from Henry’s throne across the English Channel into the French court, through a fearful war and into one of the most charming wooing scenes in Shakespeare.