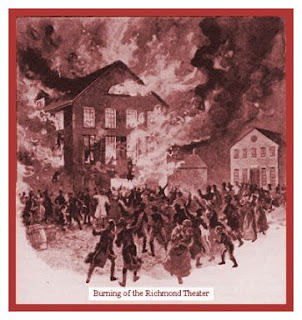 Published yesterday at the Texas Tribune:

Gov. Rick Perry argued in his State of the State speech Tuesday that lawmakers should suspend funding for two state agencies — the Texas Commission on the Arts and the Texas Historical Commission — because they don’t provide "mission-critical" services. But what do they do? And what won’t get done without them?

The nearly 60-year-old Texas Historical Commission is the 200-worker agency that installs and maintains nearly 12,000 historical markers statewide and administers federal and state preservation statutes. It’s a key player in the work to rebuild the arson-damaged Governor’s Mansion and, notably, disagreed with a plan backed by first lady Anita Perry to build an addition onto the Governor’s Mansion (the addition was later scaled back). [. . .]

The Texas Commission on the Arts, meanwhile, provides grants to art programs and promotes tourism in the state.

The Commission and its programs affect 2.2 million Texans statewide, said Gary Gibbs, the agency’s executive director — providing funding to a wide variety of events and programs, from the Austin Shakespeare Festival to the Amarillo Opera. It also provides marketing and promotional services to help rural Texas towns attract tourists.

The commission also uses funds to promote arts in education, providing grants to Texas students across the state through its Young Masters program, which last year gave 22 students grants of up to $2,500 in financial assistance to pursue the arts for up to three years. [ . . .]

Ray suggests that eliminating such agencies — and namely the Historical Commission — could invite intervention from Washington, one of Perry’s least favorite things. If there’s no state agency to review construction projects for their impact on historical preservation, Ray said, it’s likely the U.S. Department of Interior could step in to do it.

And slashing either agency could be a political trial-by-fire for Perry. Both boards are loaded with political appointees, many of them Republican supporters who landed plum spots in return for their loyalty.

Even if the agencies aren’t eliminated altogether, they still face massive cuts. Under the House and Senate proposed budget, the two agencies — which were granted a combined $100 million in the most recent budget, including bond money and federal funds — would operate with half, or even a quarter, of their current funds.