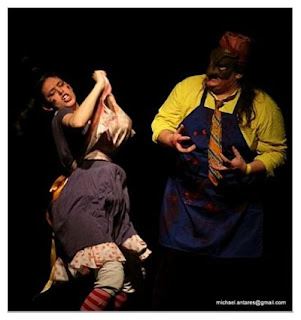 Arrive early at 6 p.m. to enjoy happy hour with the cast!
Ruta Maya,

There are 4 more chances to see the premiere production of Suitors and Tutors, presented by La Fenice!

The Austin Commedia Society, known for its enthusiastic and hilarious modern interpretation of the influential style of Commedia dell'Arte, has reformed under the name of La Fenice, Italian for The Phoenix. Suitors and Tutors, directed by Dr. Gian Giacomo Colli of international Commedia dell'Arte fame, is their first new scenario in nearly 7 years, and can be seen Fridays and Saturdays, starting at 7pm, June 4th-12th at Ruta Maya ().