“Getcha hat, we’re goin to da theater” Come and join us in a world of murder and mayhem.

6800 Westgate Blvd. at the corner of William Cannon (click for map)

Julio Mella directs this infamous play in the style of ‘Film Noir’. Where mobsters are the lords of the city. When guns were heaters and women were dames.

Christopher Harris portrays the treacherous Buckingham. Casey Allan as the newly delivered Hastings. Sabrina Tarbutton takes on the role of Elizabeth, the Don’s wife. Steven Brandt is double cast as Don Edward and Stanley. Christl Climans as the beautiful Lady Anne, and Ksynia Hoover as Margaret the prophetess.

Come and find out what happens when William Shakespeare and Mario Puzzo meet for drinks at Bogie’s joint. At $8 per head, it’s ‘an offer you can’t refuse’. 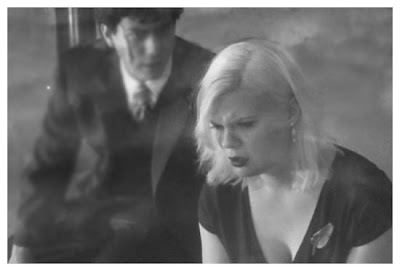