Upcoming: Your Flake or Mine, Way Off Broadway Community Players, Leander, April 15 - May 7 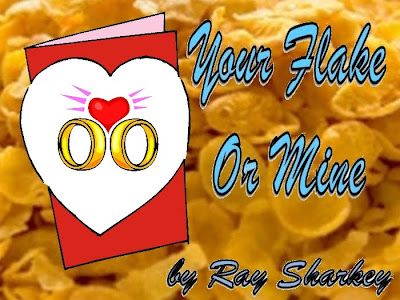 Your Flake or Mine?

Tony Dawson, a greeting card writer, has lost his wife Margo because he talks in couplets on the wrong occasions. She plans to marry her boss, a breakfast food tycoon. Tony, in a last ditch attempt to win her back, offers to throw a no hard feelings engagement party. His plans are complicated by the arrival of a friend who is a perpetual student, the nightclub singer for whom he is writing special material, and his editor who stops by just before the party to collect his monthly greeting card output. Irv is wearing a towel on his way to the shower, Coral gets her dress ripped off, and the editor in the go go outfit is stashed in the closet which Tony pretends is a darkroom. Add to this a nightclub full of midget waiters, a ghastly television show on which Tony accidentally pans Saga more's breakfast cereal, and all manner of people being shoved behind screens, out into halls, into closets and shower stalls and you have one of the wackiest farces ever seen on a stage.