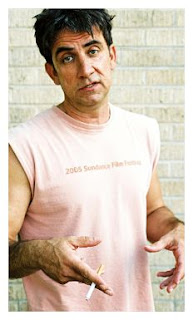 You would think that in 30 years of doing something a person might have a few memorable low points.

Not Ken Webster. Currently celebrating three decades in Austin's theater scene, the 51-year-old producer/director/actor seems to recall only one true low point: the first half of the 1990s, when he had to take a day job to make ends meet and went to work in what is arguably the other kind of theater: politics. For a few years, Webster was a political consultant, advising — or should that be directing? — candidates on making effective public appearances.

The high point of 30 years in Austin theater? 'Meeting my wife Katherine (Catmull),' Webster says. Webster first met Catmull, an actress, in 1984 when he directed her in a play that was staged at the now-defunct club Liberty Lunch.

To celebrate the more than 100 shows he's had a hand in, Webster is re-mounting one his favorites: 'House,' a darkly comic one-man show by Canadian playwright Daniel MacIvor.