Profile: The Grad Student, Chekhov, and the Circle of Friends: The Cherry Orchard, November 5 - 21 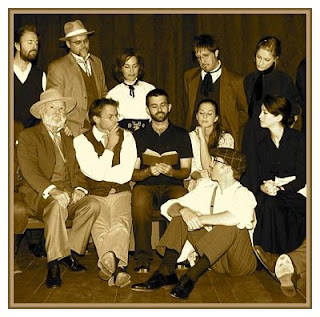 Thanks to permission granted by Actors Equity at the petition of several of its prominent Austin members, Chekhov's last play will be presented in Austin for three weekends.

The production of The Cherry Orchard that opens on Thursday for a three-week run promises to be remarkable.

It’s a labor of love and a celebration of friendship, an homage to Chekhov for the second time in two years. An informal association of actors calling themselves the “Breaking String” group, a reference to the stage direction that concludes The Cherry Orchard, is working with Graham Schmidt, director, who also translated the play. Schmidt has just received his M.A. from UT.

This constellation occurs partly by serendipity and partly because of a shared admiration for Anton Pavelovich Chekhov. Dr. Chekhov, who died in 1904 from tuberculosis at the age of 44, may have been the first modern playwright, if one speaks of the twentieth century. He was one of the most humane, gentle and subtle playwrights of all time.