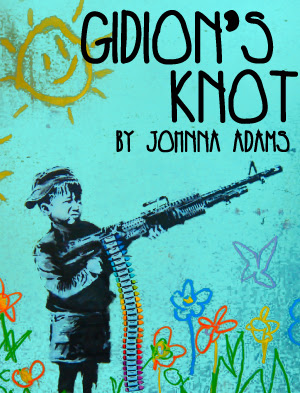 Over the course of a 90-minute parent/teacher conference, a grieving mother and an emotionally overwhelmed primary school teacher have a fraught conversation about the tragic suicide of the mother’s son, the teacher’s student, Gidion. Gidion may have been bullied severely — or he may have been an abuser. As his story is slowly uncovered, the women try to reconstruct a satisfying explanation for Gidion’s act and come to terms with excruciating feelings of culpability.

“heart-stopping…the show has pathos and suspense in bucketloads…Within a lean 80 minutes, the show raises profound questions about parenting and education and documents the gut-wrenching force of maternal loyalty.” —Washingtonian

A history of America in the 1980s, an idiosyncratic genealogy of punk rock music, and a personal narrative of growing up as an outsider, punkplay is a mix tape tribute to the excesses and energy of adolescence. Mickey, a thirteen-year-old suburban misfit, is befriended by an angry runaway named Duck. Together, the boys attempt to reinvent themselves using punk rock, but as reality threatens to crash in on them, their fabricated world of amped-up music and shocking band names becomes just as oppressive as the society they’re desperate to reject.

In a first-ring suburb just outside a city that might be Detroit, Ben and Mary see sudden signs of life at the deserted house next door and invite their new neighbors Sharon and Kenny over for a barbecue. As the action unfolds we learn that Sharon and Kenny met at rehab, neither is employed, and they don’t own a stick of furniture. The quintessential American back-yard party turns quickly turns into something more dangerous—and filled with potential.

“…totally nails the great, deep malaise of middle-class suburbia, with a sustained energy and a wicked eye for telling details…funny as hell.” —NY Post

“…sly, timely and neatly surprising…very much an of-the-moment American play” —Time Out NY