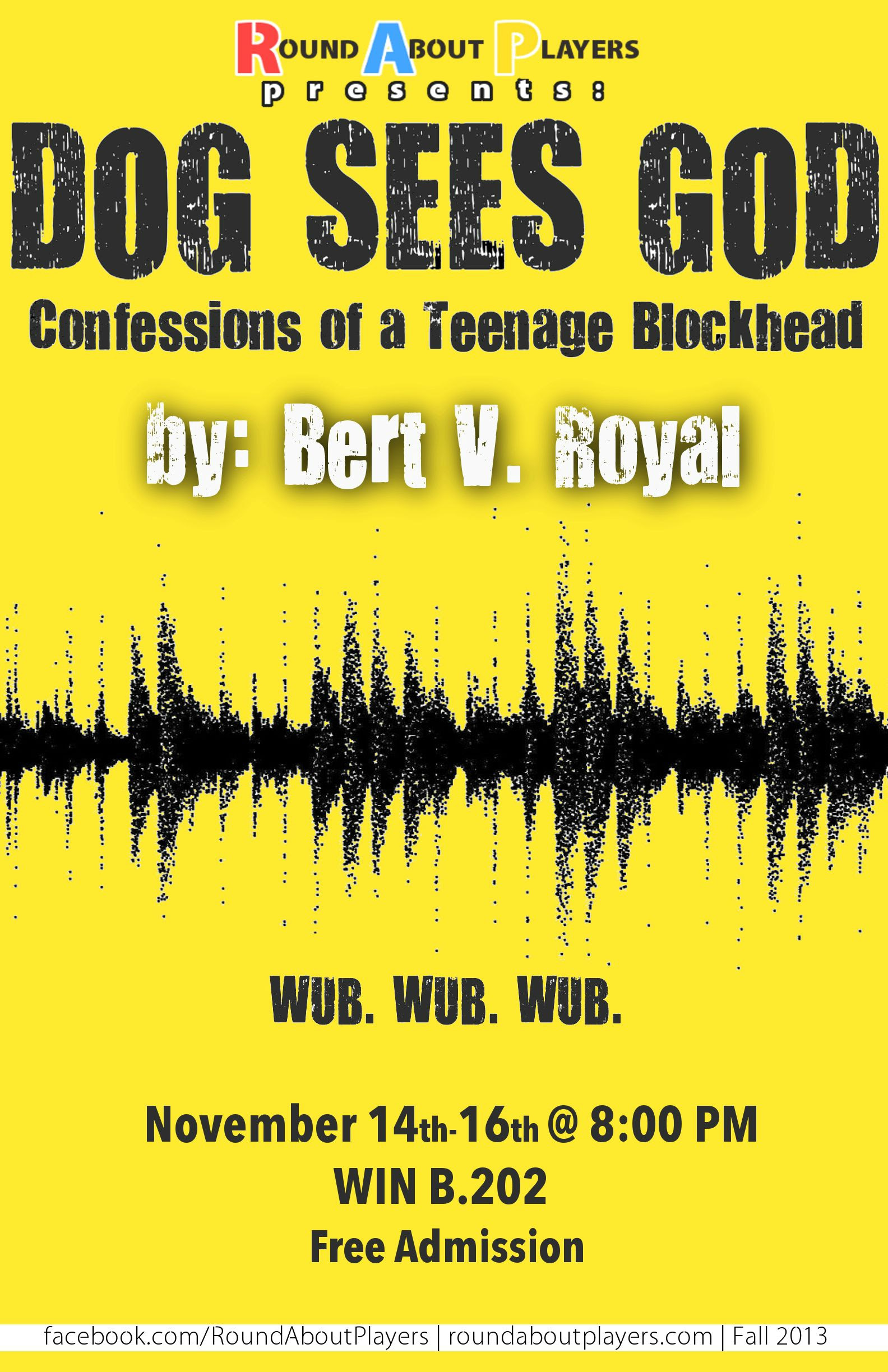 
After CB’s dog dies from rabies, he begins to question the existence of an afterlife. His best friend is too burnt out to provide any coherent speculation; his sister has gone goth; his ex-girlfriend has recently been institutionalized; and his other friends are too inebriated to give him any sort of solace. But a chance meeting with an artistic kid, the target of this group’s bullying, offers CB a peace of mind and sets in motion a friendship that will push teen angst to the very limits.


Visit us online at http://roundaboutplayers.com/