Auditions for The Whale by Samuel D. Hunter, A Chick and A Dude Productions, November 16, 2013 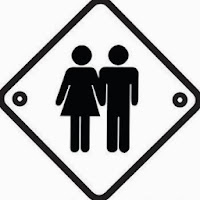 Idaho. Mormon country.
An estranged daughter, an ex-wife, a lost Mormon Elder, and a mourning sister orbit the life of a 600-pound recluse as he eats his way to his grave over the death of his boyfriend. Charlie knows he’s going to die, but he has a few loose stings to tie up first, along with some fences to mend. He needs answers. He needs assurances. But, has he finally bitten off more than he can chew?

A Chick & A Dude Productions will hold auditions for The Whale by Samuel D. Hunter on Saturday, November 16, from 12 - 5 p.m. at Hyde Park Theatre (511 W. 43rd Street) (click for map ). The Whale, directed by Melissa Livingston-Weaver, will run at HPT Thurs-Saturday Feb 20 - March 15, 2014. Rehearsals start mid-January.

The role of CHARLIE (the Whale) is pre-cast. Seeking actors for the following roles:

Auditions will consist of readings from the script. Some sides MAY be available on request. To schedule an audition slot, please email  achickandadude@gmail.com or call 512-921-4264.
Hope to see you there!
Posted by Michael at 4:50 PM