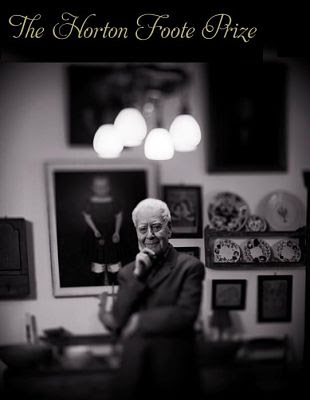 Horton Foote’s work includes the “Orphan’s Home Cycle” of plays and the screenplays for “To Kill a Mockingbird” and “The Trip to Bountiful.”

The name and spirit of Horton Foote, the Pulitzer Prize-winning playwright and screenwriter, will live on in a playwriting award that will be given out for the first time this fall.

The creation of the Horton Foote Prize was announced Tuesday and was endorsed by Mr. Foote before his death in March. It will be awarded every other year to “an American playwright who has written an original work of exceptional quality,” its organizers said in news release.

The competition will invite 65 resident theaters to submit a play by an author who has written at least three original full-length plays that have been produced by professional theaters; selection committees will choose a short list of finalists; and the winner will be determined by a group of four artistic directors Mr. Foote worked with closely: Andre Bishop (of Lincoln Center Theater); James Houghton (Signature Theater Company); Michael Wilson (Hartford Stage Company); and Andrew Leynse (Primary Stages).

The $30,000 prize will be supplied by the Greg and Mari Marchbanks Family Foundation of Austin, Texas. Ms. Marchbanks is also the founder and executive director of the prize committee.