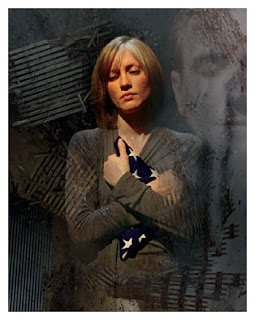 
The regional premiere of the Pulitzer-Prize-nominated

The first casualty of war is the truth. Christopher Shinn’s crafty and unsettling new play Dying City seeks that truth in a a quiet, transfixing tale of grief and violence, set in the shadow of the Iraq war.

When an Iraq war widow is unexpectedly visited by her dead husband’s twin brother, the two are forced to explore the repercussions of their loss, confront the secrets of the past, and admit the truth about the tragic legacy that connects them. Capital T proudly presents the regional preimiere of this Pulitzer-nominated play examining the politics of the American soul starring Liz Fisher and Mark Scheibmeir.

“Anyone who doubts that Mr. Shinn is among the most provocative and probing of American playwrights today need only experience the…sophisticated welding of form and content that is ‘Dying City’”. — The New York Times

“It’s not often that you leave a theatre and want to walk straight back in and watch the play again but that’s the effect of Christopher Shinn’s Dying City.” – London Metro