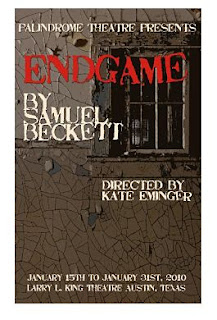 Palindrome Theatre will produce Endgame by Irish Nobel laureate Samuel Beckett for 13 performances only. Join in a celebration of one of the twentieth century’s greatest writers and his hilariously heartbreaking one-act regarding family, servitude, love, and inevitable decay.