Arts Funding: Michael Melinger's "After Action" Comments to City and to Arts Leaders 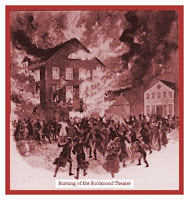 In his reply to the letter of March 26 from the City's Kevin Johns on the issue of potential changes to criteria for arts funding, Michael Melinger of the Austin Jazz Workshop examines the issues of supporting Austin arts generally, particularly arts education of all forms:

Dear Friends,
We have come through an intense week regarding the future of arts funding in Austin. Many thanks to all who have contributed to the discussion.
I have read the recent letter from EGRSO Director Kevin Johns, and I appreciate the spirit of openness and the big-picture intentions that it expresses. But as always, the devil is in the details. I do have some concerns that I would like to share with you all, in the spirit of moving the arts into a more stable funding situation.

My first concern is for the future of arts education funding in the city. My reading of Kevin's letter is that arts education groups may be moved out of the HOT funds and into an unspecified-as-yet 'somewhere else'. If this 'somewhere else' ends up being the city's general fund, I fear we will be fighting this battle annually, with the threat of being cut always looming during lean budget years. Arts education funding would also be at the whim of future councils, mayors, and city managers who may not share our vision of its true value.

Don't get me wrong: any funding is better than no funding. But if were to lose our eligibility for HOT funds, we had better replace it with something equally as untouchable. Whether that be in the form of a usage fee, special tax, or something else would have to be up to the city council, but it would be a big mistake to rely on the city's general fund coffers for our continued survival.