STAGE TO SCREEN: AN OVERVIEW OF SCREENWRITING FOR PLAYWRIGHTS . . . AND EVERYONE ELSE

This 3 hour workshop will provide a practical approach to the basics of screenwriting with an emphasis on structure as well as the application of those basics to adapting your play for the screen. The "Business of the Business", including agents, meetings, deals and contracts, the Writers Guild of America, and credits will also be discussed. 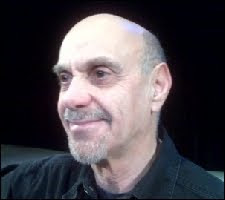 Michael Michaelian has more than 36 years of experience as a screenwriter in motion pictures and television. He has written more than 50 episodes of such TV series as "Kung Fu", "Charlie's Angels", "The Quest" (Western Writers of America Award), "Fantasy Island", "Dukes of Hazzard" (story editor), and "Star Trek: The Next Generation". TV movies include an adaptation of Paul Gallico's "Miracle in the Wilderness" starring Kris Kristofferson for TNT and "The Black Fox" starring Christopher Reeve for CBS. His plays have been produced in London and the US. He holds a B.A. in film and an M.F.A. in theatre from UCLA and is a member of the Writers Guild of America, West and the Dramatists Guild.

Austin Script Works is a playwright-driven organization that seeks to promote the craft of dramatic writing and to protect the playwright's integrity by encouraging playwright initiative and harnessing collective potential. The Dramatis Personae series was initiated to provide area playwrights a place to experiment with their craft and expand their careers.

Austin Script Works is funded in part by the City of Austin through the Cultural Arts Division and by a grant from the Texas Commission on the Arts, and is supported in part by an award from the National Endowment for the Arts, which believes that a great nation deserves great art, and by individual donors.