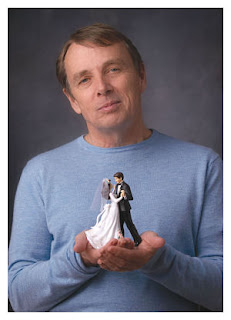 Kleberg Stage , 1421 W. Riverside Dr. (corner of Riverside and South Lamar.)
Tickets range from $20 to $50, with $15 tickets available to students starting 1 hour prior to curtain time. Charge tickets by phone at 476-0541, ext. 1 or visit the Zach website to purchase on-line

Austin’s finest actors join together to tell the intimate, heartfelt story of America’s best loved play. Zach’s contemporary interpretation transports the audience to a chapel of love that will linger in your memory. Our Town audiences will watch the story unfold in several settings, including the wedding scene, which will be fully realized in its setting, costumes, environment with music by Austin area choral choirs. Directed by Dave Steakley, ZACH’s production is more than a play: it’s an experience as unique as Austin!

ZACH Theatre is sponsored in part by Applied Materials, Austin American-Statesman, Time Warner Cable, Austin News TV 36, The Dell Foundation, Vollmer Public Relations, SOL Marketing Concepts, IKEA, The Shubert Foundation, The City of Austinunder the auspices of the Austin Arts Commission, The Texas Commission on the Arts, and The National Endowment for the Arts.