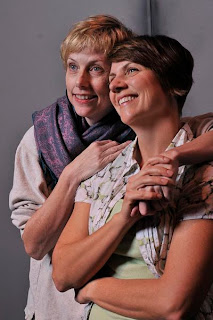 presents the Southwest premiere of

a comedy by Annie Baker

Tickets are $19 and $17 for students, seniors, and ACOT members on Fridays and Saturdays. Thursdays are pay-what-you-can. Hyde Park Theatre is located at 511 W. 43rd. Tickets can be charged online at www.hydeparktheatre.org, or by phone at 479-PLAY.

It's "Body Awareness Week" at a very-liberal-indeed liberal arts college in , and tensions are coming to a head. Phyllis, one of the organizers, can't get people to stop calling it "Eating Disorders Week" ("if we could just correct that on all the posters, that would be great.") Her partner Joyce is trying to persuade her socially awkward son ("I'm actually 21. I'm old enough to have sex with an adult woman.") that he may have Asperger's Syndrome. Frank,the guest artist staying at their home, photographs nude women of all ages...all ages.