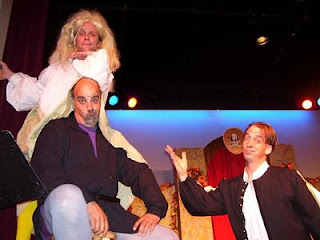 Adam Long, Daniel Singer and Jess Winfield may be the playwrights for The Complete Works of William Shakespeare (Abridged), (TCWOWS) but veteran actors Grainger Esch, Tony Blackman and Aaron Tucker are the rowdy trio which will revive the comedic send-up of the Bard’s many works this spring to open the "Season of Laughter" at the Silver Spur Theater in Salado.