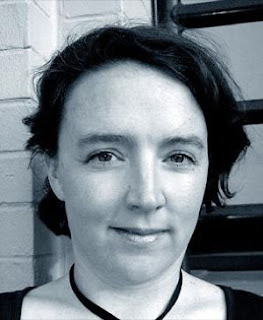 Received directly from the University of Texas Department of Theatre and Dance:

ALT comment: Daniels has just directed Anaphylaxis, which played at the IRT Theatre in the West Village, New York City, in March. Her picture and bio appear at the production's website.

Her abrupt departure from Seattle's Intiman Theatre raised some eyebrows. Brendan Kiley published an article on the subject on-line in November, 2009:

This is a surprise.

Daniels is a quiet person but an artistic dynamo—her work is usually tense, layered, and highly intelligent. Her three-actor Crime and Punishment, in both the small theater at CHAC and the big theater at Intiman, were scorching crucibles, as were her Waiting for Lefty, God's Country, and Bridge of San Luis Rey.

She's not flawless—her Streetcar left something to be desired—but she has a knack for finding new sparks in old works.

So what the hell happened? Kate Whoriskey is the new artistic director, but Bart Sher only hired Daniels two years ago and she's had a successful run. She just directed Abe Lincoln in Illinois, which was extremely popular (on KUOW even!), and extended for a few days. She seemed poised to achieve more greatness. So... what gives? (click for continuation)
Posted by Michael at 6:29 PM