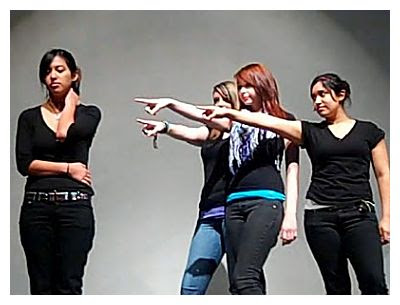 The recent suicide of 15-year-old Phoebe Prince in South Hadley, Massachusetts has brought attention to the serious impact of cyberbullying. Prince was harassed in school and after school by text messages and on Facebook. After weeks of harassment she took her own life.

The Changing Lives Youth Theatre Ensemble is taking action locally by reaching out to teens and their parents through their current touring performance, Perhaps Tomorrow, an original play created by the teen ensemble to engage young people in dialogue about issues of cyber bullying, girl aggression, rumors, homophobia and dating relationships. The play models ways young people can support each other and stand up for what they believe is right.

“All these issues are what we see in our high schools; its normal but that doesn’t mean it’s right,” said Remandra Crow, Youth Member of CYTE.

The Changing Lives Youth Theatre Ensemble is program that TAP and SafePlace created in 2003 to address these social problems now, and to train leaders to generate solutions for the future. This program puts the powerful tools of peer education and theatre in the hands of youth who want to stop the cycles of domestic and dating violence. The 15 youth members from High Schools all over the Austin area are paid to create and perform their piece during their Spring tour of the Central Texas Area.

Since 2003, more than 10,000 people have seen the powerful performances of the Changing Lives Youth Theatre Ensemble. It is free to book the youth ensemble to perform at any Central Texas school, church or community center. Contact Nitra@theatreactionproject.org to schedule the ensemble to perform at your site or if you are interested in joining the group.

Come check out an upcoming show: