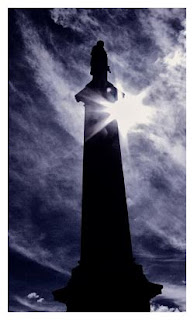 “Dave Steakley, Artistic Director for Our Town, is requesting senior citizen aged folks (primarily men & couples) to be a part of ACT III and play dead people in the graveyard scene at the end of the play each night. What an opportunity to be on stage at ZACH Scott Theatre and star alongside Jaston Williams (star of Greater Tuna)! The volunteers wouldn’t have lines but they would have blocking to follow. Mostly they are sitting in a black folding chair and looking forward off into the distance. At one point in the play they have to stand and move their chairs to the side and be reseated, and then later in the act they put their chair back where it started and sit again and then a couple of pages later they exit with their chair. Each person will need to wear all black—something of their own for this scene. My preference would be to have 5 –10 people who might commit to do it for the whole run. They would just have to be here for the last act of each show. If no one will make a 6 week commitment then I can look at dividing it up into smaller chunks to get this accomplished. The run of Our Town starts April 15th and runs through May 23rd, Wednesdays through Sundays.”

[illustration: Heavenly Eclipse by Scott Wyant, from fineartamerica.com]
Posted by Michael at 2:08 PM