Upcoming: The Dream, Austin Shakespeare in Zilker Park, April 28 - May 30 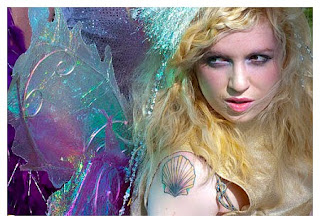 a 1960s-style musical version of A Midsummer Night's Dream

Experience Shakespeare's classic A Midsummer Night’s Dream with a 1960s rock ‘n roll edge as Austin Shakespeare presents the 25th incarnation of free Shakespeare in Zilker Park. The show, featuring a four piece rock band live on stage, will enliven and entertain the audience at Zilker Hillside Theatre for five weeks starting Thursday, April 29 at 8 p.m., running through the end of May. Sponsored by Jamail & Smith Construction

Michael McKelvey and Cesar Osorio have composed original music inspired by 1960s groups like The Animals and a pop singers like Petula Clark. Audiences will picnic, sit, sway, and toe-tap along to the harmony of six songs and two dance sequences. The production features Actors Equity members Gwendolyn Kelso, Joseph Banks as the lovers; and acclaimed Austin Actors Kara Bliss as the beautiful Queen Titania and Salvage Vanguard Artistic leader Jenny Larson, and new to town, young Brian Hensley, and William Moses as rocking King Oberon.

A Midsummer Night’s Dream is a magical story of young lovers who flee the conservative world to the forest, where they are enchanted by the Fairies. Simultaneously, a group of comic workmen, including a mailman, a plumber and a waitress on roller skates, are also beset by the Fairies in the forest. Audience members are encouraged to dress in 60s-era clothes to join in the spirit of the show.