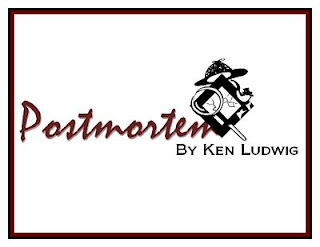 Fridays and Saturdays at 8 p.m.

This clever thriller by the author of Lend Me a Tenor has delighted audiences nationwide. It is April 1922 and the cast of William Gillette’s latest Broadway revival of Sherlock Holmes has assembled for a weekend of relaxation at his magnificent medieval castle on a bluff overlooking the Connecticut River.

For entertainment, actor-manager, playwright and heart-throb William Gillette, best known for his 30-year portrayal of the famous crime sleuth Sherlock Holmes, has arranged a séance. Now the scene is set for his greatest role. Someone is trying to murder Gillette and he suspects it is one of his guests. Intrepid, eccentric and wildly romantic, Gillette plans to solve the case himself à la Sherlock Holmes.